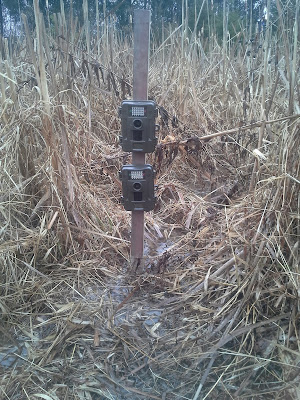 There are multiple cameras placed in a small wetlands area in northern Virginia now.  I've had this place in mind for camera-traps for months, but just recently braved the wet conditions explore within it.

Under the 4-6 inches of standing water is another 6-inches of rotting swamp-like vegetation mixed with a thick mud.

Cattails are the dominating plants around here, and do not make for easy travelling.  They choke your view of what's ahead and spear their way up the back of your coat if you're not careful.  They're not all that sharp, but can be a real pain.

What's worse though, is the multi-flora rose at the edge of the wetlands. It pricks every inch of your jeans like a sharp Velcro and sometimes won't let go. 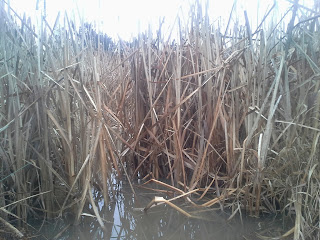 I doubt any other person has walked around in this spot recently.

There were a few spots with blown down cattails and mud where I was able to identify a few animal tracks.

Raccoons, deer, fox, and some kind of mustelid were present.

Cameras will be checked next week to hopefully see what kind of mustelid is travelling in this wetland.
Posted by Unknown at 12:26 PM 1 comment:

What animal does this brownish, gray fur belong to?

It's from a camera in Virginia a few weeks ago.

Raccoon, deer, squirrel, coyote, domestic dog, and domestic cat are my top suspects.   What do you think? 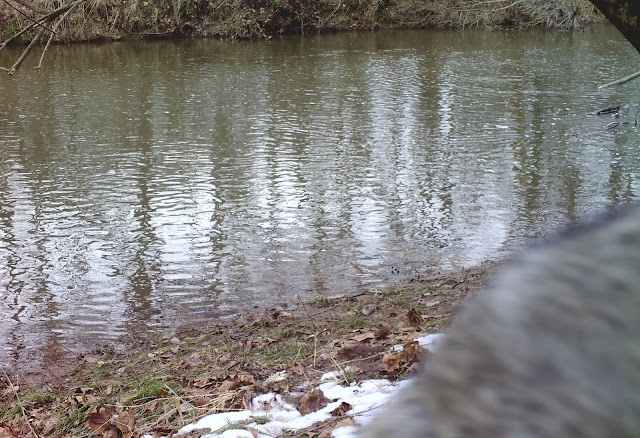 I'd love to have been able to share the most recent camera-trap photos but there are none to show  because of another missing camera.

It was placed in central New Jersey on Thanksgiving Day by myself and other family members.  The plan was to pick it up on Christmas Day.

Of course it wasn't there yesterday when we went to check it.

It now probably lies in the hands of a criminal.

We walked around in both the daytime and once it got dark, to look for it in case somebody put it up somewhere different,  but we had no luck.

Thanks Camera-Trapping Grinches.
Posted by Unknown at 11:12 AM No comments:

A break from all the data-entry and work of the wildlife cameras was needed today.  Another kind of wildlife adventure was in store.

Here's a list of what was seen today in all three of these areas: 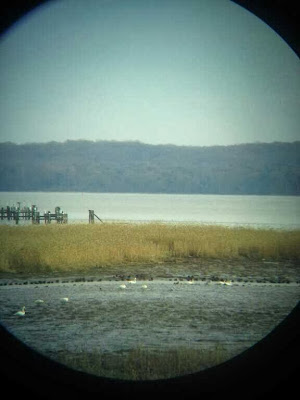 The biggest hits for me were the amount of bald eagles, seeing a bald eagle dive into the cold water to catch a fish, and seeing hundreds of tundra swans.

I tried to take a few pictures of the swans with my cell-phone's camera, through my binoculars. 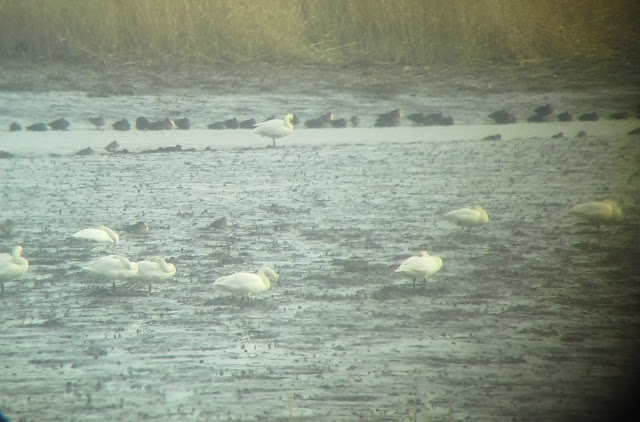 Not the best picture quality, but it'll do.

Posted by Unknown at 7:01 PM No comments: 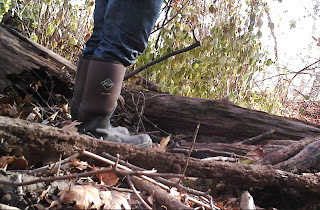 It's hard not to have your photo taken by these machines.

Sometimes I'll purposely move my hand or body in front of the lens to make sure that the camera is working.

Other times, I'll mistakenly walk in front of the whole set-up.

One thing to take note of though, is that there has yet to be a decent picture of me from these cameras.  Either I'm panting with my tongue out or a body part is chopped off completely.

The purpose of these cameras is not for glamour shots, though I do find some kind of weird satisfaction in writing "Homo sapiens sapiens" in my log books. 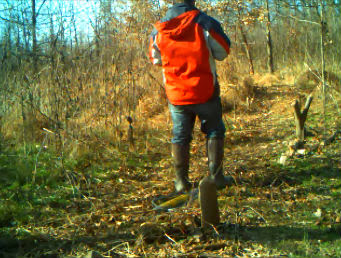 The bright orange of a red fox aganst the white blanket of snow makes for some really great pictures.  I was really hoping some of my cameras would pick up this kind of scene recently since there has been some snow on the ground.

White Legs, the famous fox of Great Falls, Virginia made more appearances in the daytime than ever.  He didn't seem to mind the snow too much. 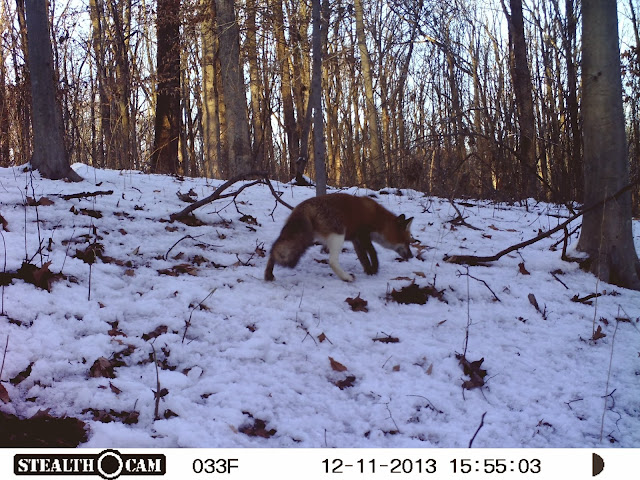 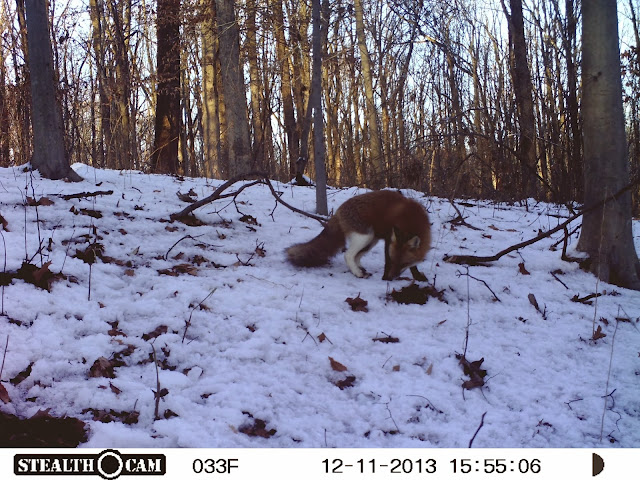 ﻿It's still unclear where the den of White Legs is located, but I have a good idea of where, now that I've seen tracks going back and forth to one specific area.

Those tracks might be of another red fox though, such as this one that also came by Camera Set 58. 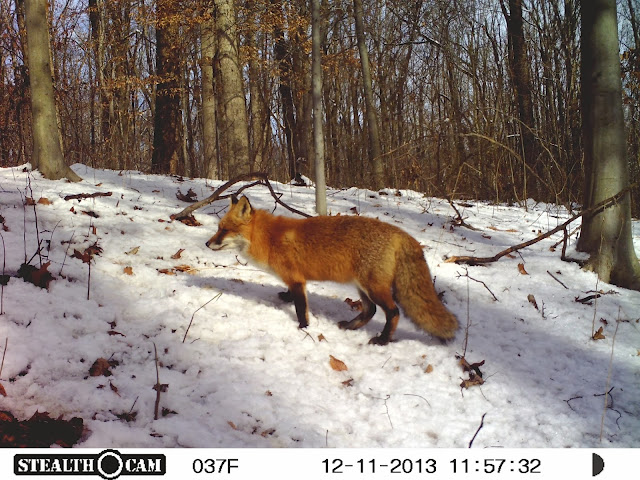 One thing that I have noticed in the past few weeks though is that all of the foxes that have been on camera recently have been sporting their winter coats.

The winter coat of White Legs is ﻿typical of a red fox with the orange and grays, but with the exception of the hind legs.

The winter coat of this other fox in the above picture is a little different.  Most of its body is a burnt orange while its rump and hind legs are more of a golden color.  The tail remains a bit orange but with a grayish underside.

Red foxes can vary a bit in color, and it is fairly common for them to have reds, oranges, blacks, grays, golds, and silvers, in their coat.
Posted by Unknown at 10:30 AM 4 comments:

I've been doing a little bit of a test to see what happens when I leave a camera up for a long time.  This was to test the camera, the batteries, water-resistance, and my own human scent near the camera.

Usually I'll leave a camera up for a week to three weeks before checking it.

The test camera was left alone for 4 months and 2 days.  It sat through the hot days at the end of summer, through heavy rains, and recently, flurries of snow.

I gave volunteers the GPS coordinates, trail description, and a description of the camera.  They were then sent them off to find it in the wilder parts of Fairfax County, Virginia.

It was a fun game for them to try to see who would be the one to locate it first.

The best part though, was getting the emails of the pictures after they checked the camera's SD card. 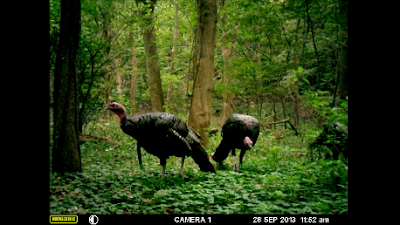 We were hoping for foxes and coyotes, because in theory, our human scent should have been at an extreme minimum since it was there for 4 months.

No coyotes or foxes were photographed, but the favorite animals photographed seemed to be the wild turkeys.

The pictures were taken near the end of September. 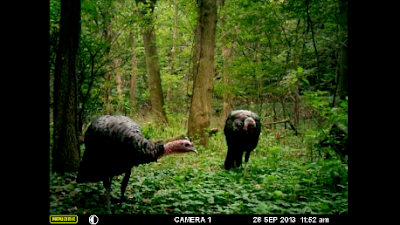 There's no word yet on whether or not these turkeys made it to Thanksgiving. 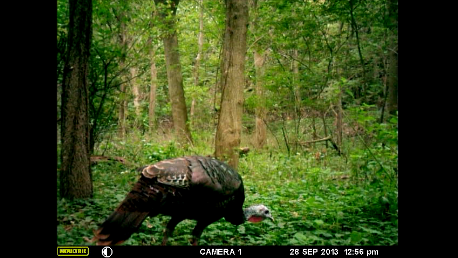 "Walmart" and "birding" aren't two words usually put together in the same sentence, but that was different today.

In between periods of pushing my way through half-dressed shoppers and tripping over trash in the aisles, I noticed a bird in the rafters.

I identified it as a Cooper's Hawk. 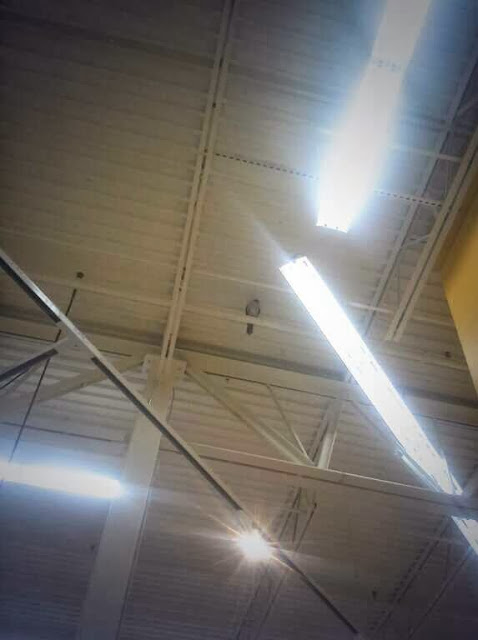 It just proves that sometimes you don't have to go far to go birding.  I've also seen chickadees, sparrows, and grackles in this store.
﻿

Maybe next time I want to go birding, I'll go here instead of my favorite parks and nature preserves.

What birds have you seen in your local Walmart lately?