Antlers are one of the most fascinating things to watch grow on camera traps.  Each week, the deciduous growths on white-tailed deer bucks get bigger and bigger, sometimes growing more points as the summer goes on.

My buddy Peter and I have been using camera traps recently to do a bit of a deer survey on his property in Loudoun County.  We'll be counting deer for at least the next few weeks, and hopefully we will capture a coyote or two on camera as well. 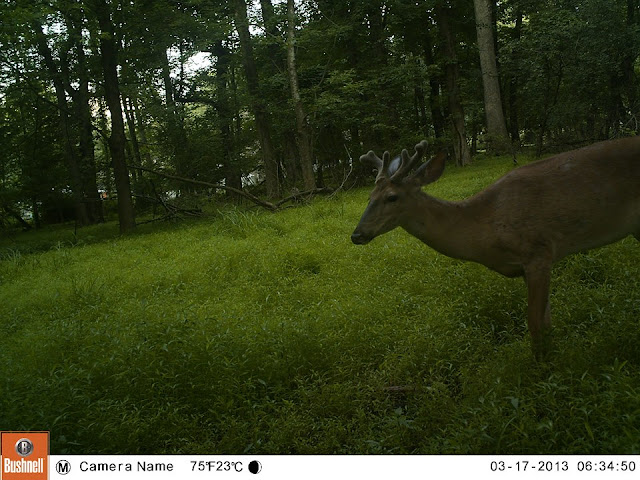 The antlers almost never look the same in spring as they do the following winter.  They just grow so fast, in all sorts of shapes and directions.  I'm fascinated by that.

Peter was really excited to get this buck on camera, as he is both an avid conservationist and a hunter.  If we keep recapturing the same individual, I hope to put a video compilation together of all the images, showing the growth of the antlers throughout the summer. 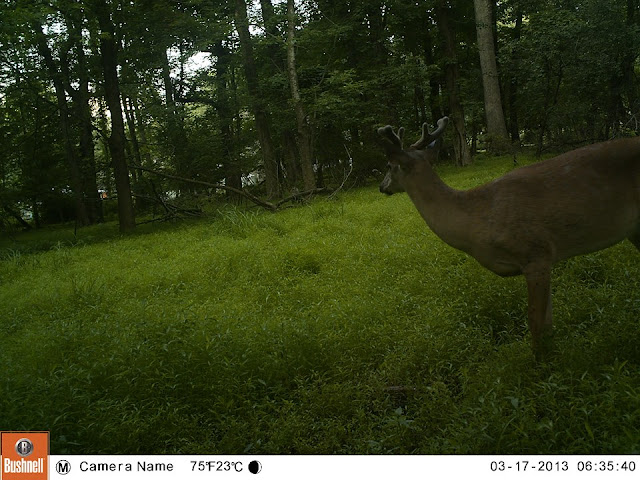 That's a bit far in advance though, and completely depends on this buck coming up at least once a week, but you never know what could happen.
We also captured a fawn (baby white-tailed deer) on camera a few times, though it has only been photogenic once or twice during the day. 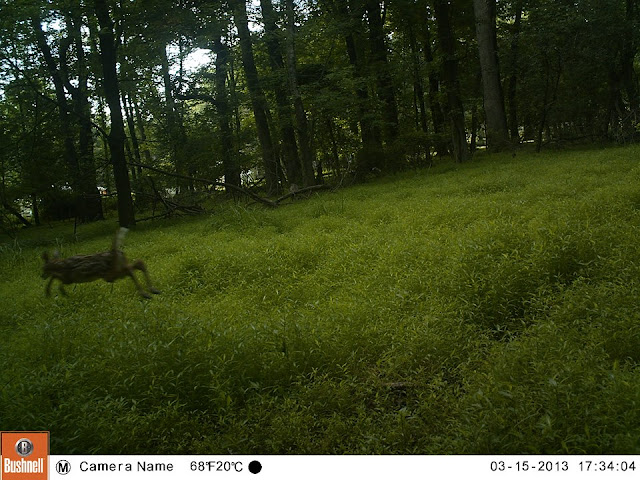 Mama Bear and Her Cub


Paige is one of the volunteers who spends some of her free time running some of my trail cameras and is even starting to build up her own trail camera arsenal.  We're always comparing results and trying to find new things and big ideas.  It's great, and I can't thank her enough for her time and effort in the outdoors.

We've been putting in a lot of work to capture footage of baby black bears on trail cameras in Loudoun and Fairfax lately, so these results were a big success in my book.

This will help with some sort of population density estimate or survey, but for now, I am just really enjoying these pictures. 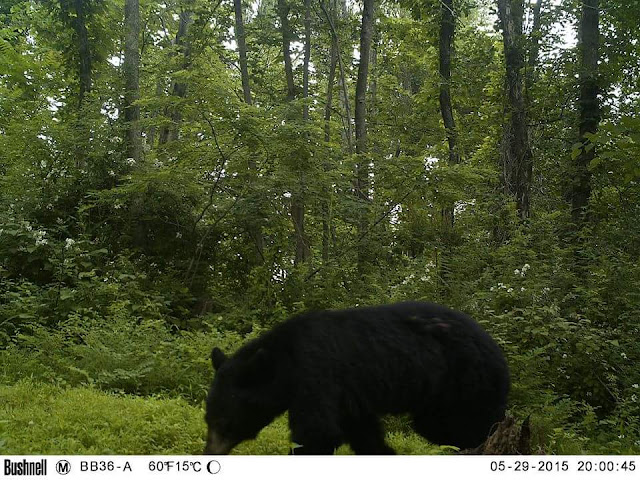 This bear was not baited at all, so I feel good about getting these pictures as a naturalist and wildlife conservationist.  Sometimes, you just get a trail camera in the right spot, and that's exactly what this was.  In fact, it was only until Paige moved these cameras around to better spots, that we really got decent bear pictures.   I used my best judgement a few weeks ago with her on a "perfect" location, but she had better ideas, and it's because of that, that we got these amazing animals on cameras like this.

We are unsure as of now, but we'll figure it out by better comparing times, dates, and locations. 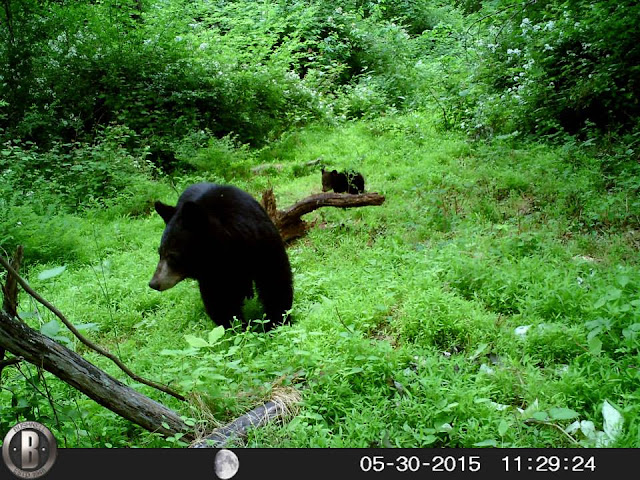 Black bears in Virginia will be gorging on berries pretty soon, specifically raspberries, wineberries, and blackberries in only a matter of a month or so.

Posted by Unknown at 4:55 PM No comments: