Trail cameras are still running heavy in Purcellville and other parts of Western Loudoun by two of my favorite volunteers, Paige and Peter.  We've been getting all sorts of results, though bobcat and coyote activity have seemed to slow down recently out there.

The biggest excitement with the Purcellville cameras has been images of "Tank". He's a white-tailed deer buck that has been growing an impressive set of antlers. Peter named him, of course, and the name is not only fitting, but has stuck well for the past month or so.

Here is "Tank", one of the biggest bucks around this year.   It's hard to tell from this image, but there are (what we think and have seen in other images) 12 points on his antlers.  It'll be interesting to see if Peter is able to hunt this beast this year. 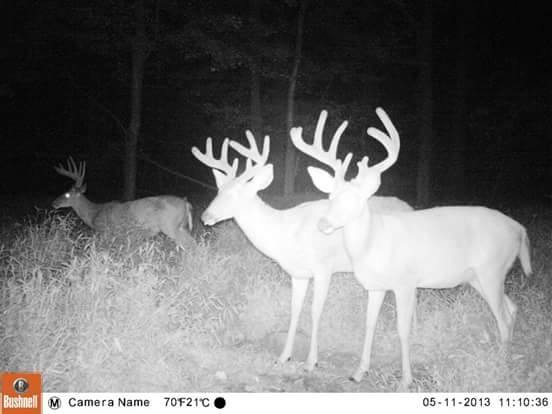 Tank is the closest deer, followed by two other impressive bucks behind him.
Posted by Unknown at 10:52 PM No comments: 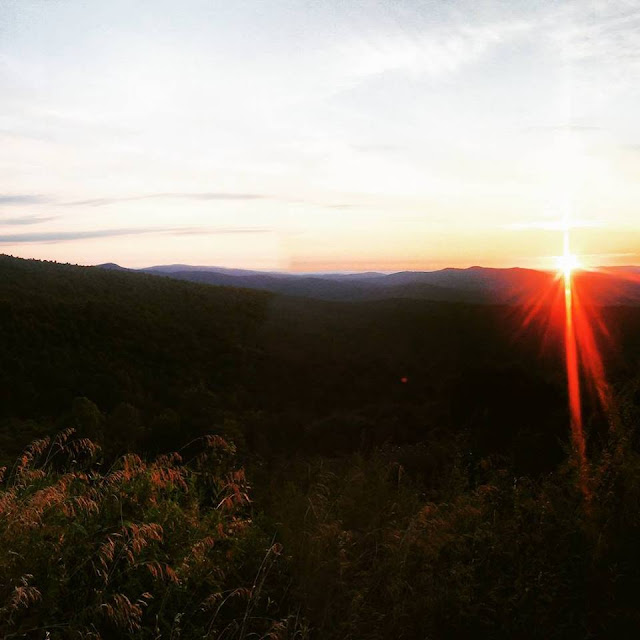 I hit it hard the past 24 hours with "wildlifin" and hiking.  It was my time to go to the mountains of Shenandoah National Park to help with some biologists with their projects.  This was one of those things that I will probably only do in my early 20's, as I was driving at 3 A.M. to go see animals 2 hours away on a whim chance that I might to get to see some really cool stuff with others.

We saw all kinds of stuff (more on that in a later post!).

After a bit of bear excitement and mammal projects, I had about 45 minutes of "me time" on Skyline Drive that happened to coincide with the sunrise.   This was my break time, and I had to do something cool, right?


I sat on one of the rocky overlook walls and awaited the first rays of sun. Not long after, some other young twenty-somethings came up and joined me on the perch.

I was wearing a blaze orange hat with camo trim and they were wearing their Bob Marley t-shirts with their finest dreadlocks.  The Grateful Dead was playing on their radio and I was playing Little Big Town, both probably a little bit too loud.

All that mattered was that we were there, under that first ray of sun.

A few words about where we came from were exchanged and then silence. Not at all an awkward silence, but rather one that was not only necessary for our enjoyment, but also peaceful.

The sun's light made its morning debut with all kinds of dark reds and purples.  It rose higher until yellows appeared.

Eventually, the sun rose above the horizon.  All of us "young twenty-somethings" squinted as it got too high to enjoy.

We looked at each other, smiled and talked about how great that was.

Some handshakes were given and both parties went opposite ways down Skyline Drive.
Posted by Unknown at 9:10 PM No comments: