When the cold sets in like it is right now, most of my camera traps don't work.  This happens for various reasons, but mostly because some kinds of batteries tend to freeze up a bit and the fact the even the camera's internal electronics get frozen if there's a trace of moisture inside of them.

Regardless, they usually kick right back in when there's a bit of a thaw.  For now though, it's just a sort of waiting game until the batteries continue to work again.

In other Northern Virginia wildlife news, there has been a huge increase in the amount of bear related sightings, emails, and inquiries to me in the past two weeks.

Mostly, this has happened in Loudoun County, specifically Potomac Falls, Sterling, Lowes Island, Cascades, and the Great Falls Forest neighborhoods.  So here's a little bear information for everyone.

Whether or not this is the same bear as what people have been asking about, is still a bit of a mystery to me.  Either way, it's exciting to see bears roaming around.

I caught one of them on a camera trap recently.   Take a look! 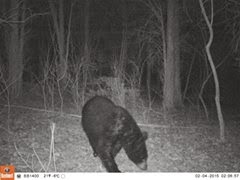 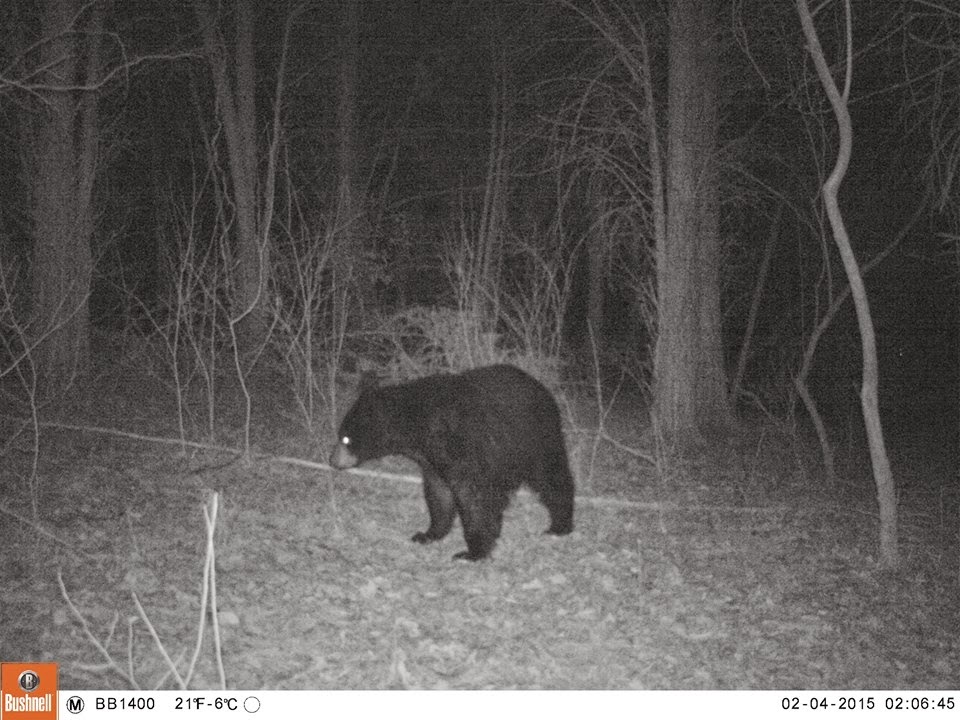 In typical "bear fashion", it came near the camera, sniffed around, got a bit curious, and went on as usual.  That's what I like to see though.  The bear just seemed to get curious about the camera, my human scent, and whatever I touched.   There was no food put down.  In this way, the bear was never rewarded for just coming by and there was barely (bearly?) any human interaction other than a trail camera being around.   Feeding this bear would not only have been illegal, but also wrong on many levels.   Doing so may have led to unhealthy behaviors and unwanted human/wildlife interactions.

It didn't just leave pictures though.  It left some scat in a very obvious place, and I had to take a picture to send to various naturalists and biologists to identify. 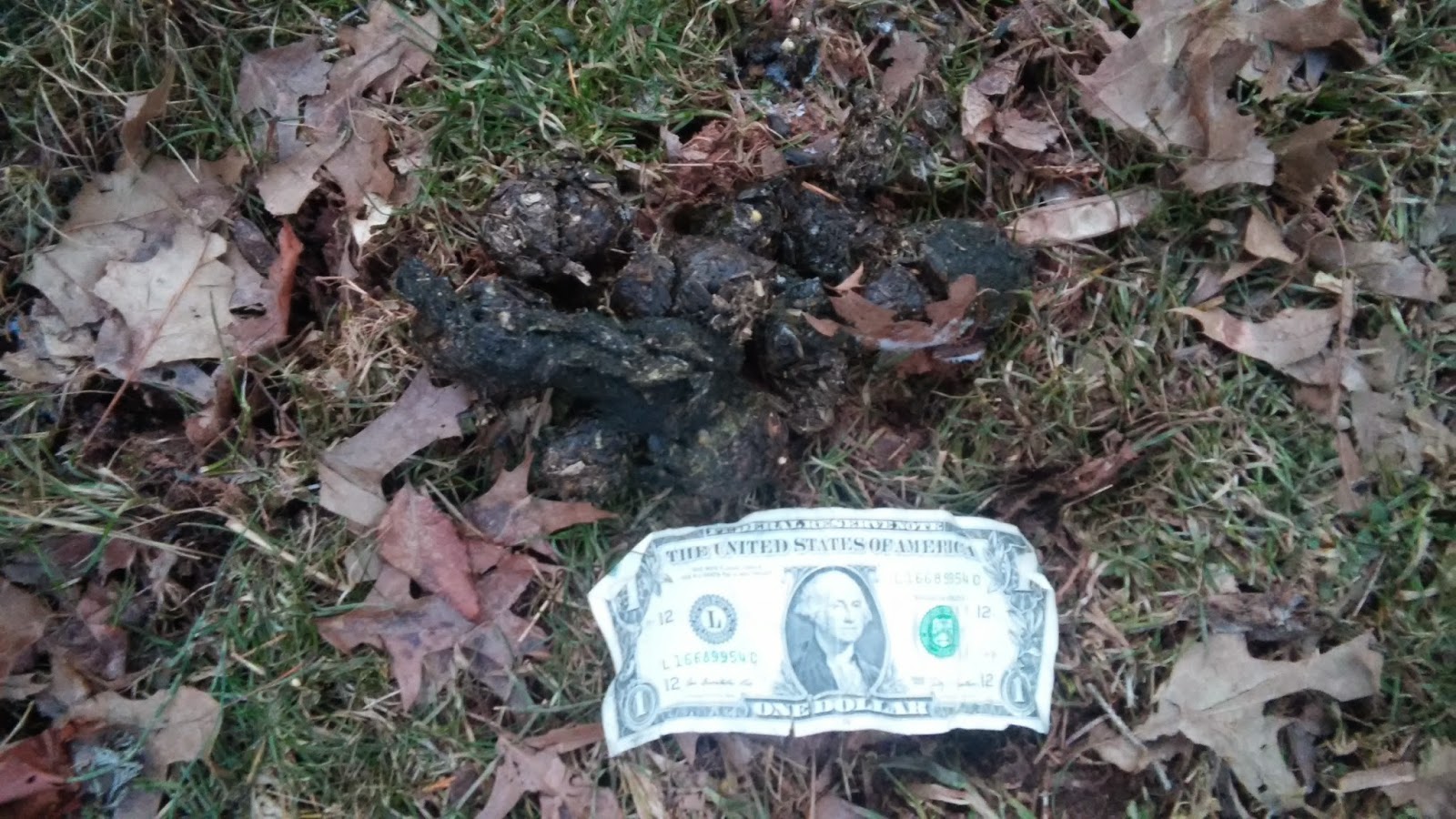 There's no doubt in my mind that this is bear scat.  It's large (over 8 inches long with a large mass), not human-like, seems to contain seed/nuts, and is the biggest piece of s*** that I've seen in this general area in a long time.  I've seen dog, human, coyote, and various other scats around, but nothing really compares to this one in Sterling.


So why is there a dollar bill in the picture?  Well, a dollar bill, in a pinch can act as a sort of ruler or object to compare to.  Other people may use knives, pens, and their shoes, but I like to use dollar bills.  They are almost exactly 6 inches long and when you don't have an actual ruler, they can easily be used as a measuring tool.
Posted by Unknown at 2:50 PM