This one is a full-grown adult coyote that looks beefy, muscular, and pretty furry. 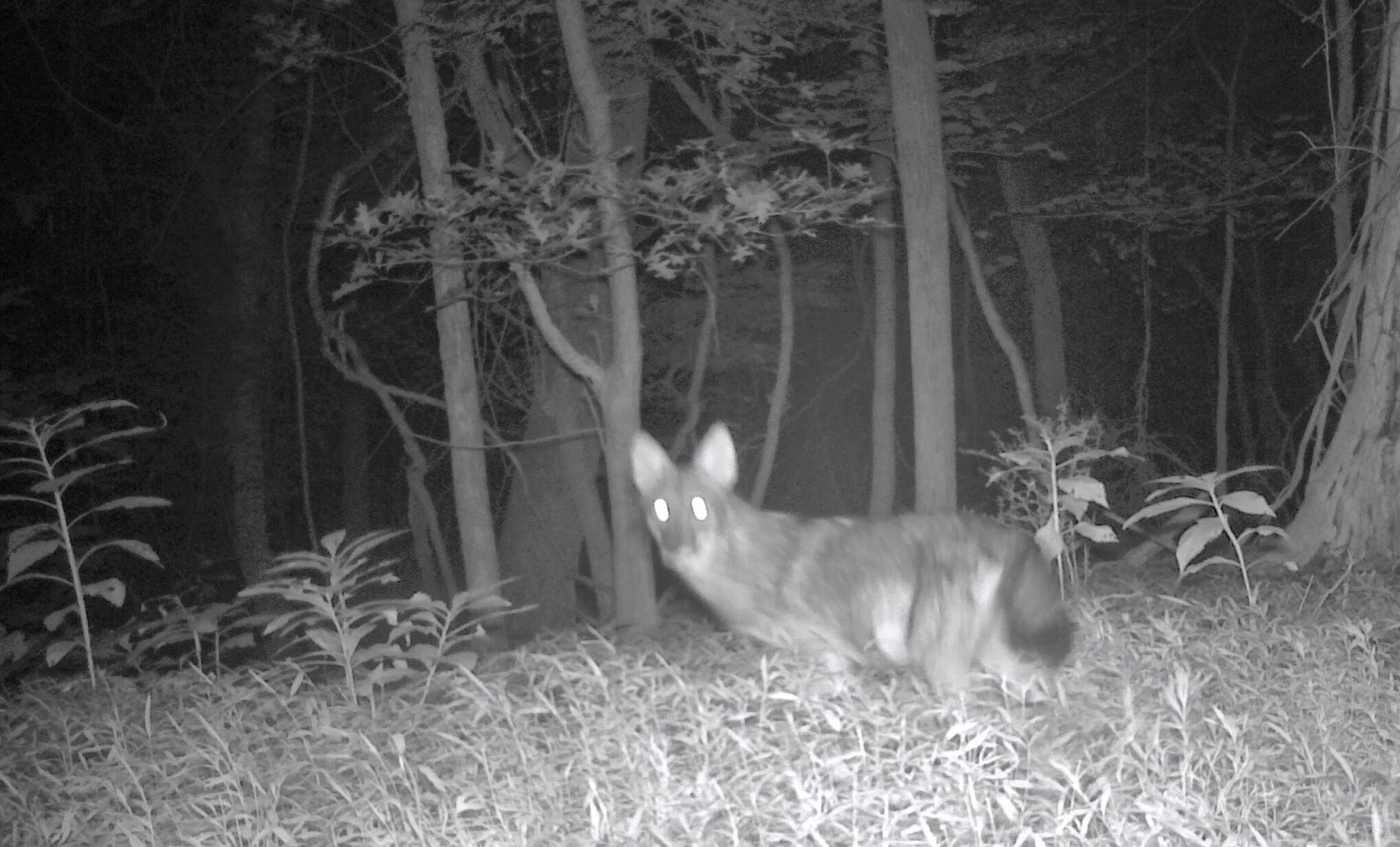 It may have some genetics of wolf in it, making it a hybrid or coy-wolf, but there's no telling from just a camera-trap image.

What's odd is that this coyote came by the camera very quickly (on both the second and the third nights), when usually coyotes appear on trail cam around the 5th night or later.

I put up a few more cameras in the area, so I'll check back in a few days to see what else is around.
Posted by Unknown at 9:21 PM