I was back at one of my favorite camera trapping sites after a few snowy days.  I checked the two cameras in a meadow and results were as I expected.  Deer, raccoons, and foxes came by a few nights in a row but then all pictures stopped suddenly a few days ago.

I'm assuming that the cold played a big part in this cease-firing of the cameras.  The temperatures in the past week have been very cold for northern Virginia. 17 degrees a few nights ago, to be exact, was the coldest I've seen it here so far this year.  That's clearly cold enough to freeze batteries for a few nights.

The good news however, was at another camera where river otters finally appeared. 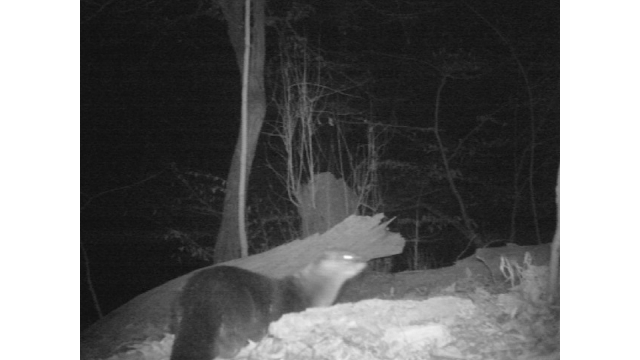 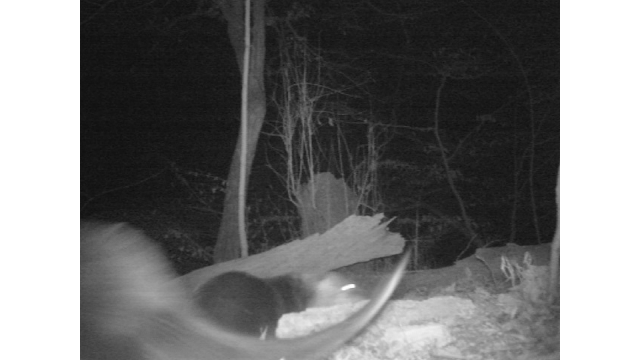 These pictures are stills that I captured from a video.  They were only in front of the camera for a few quick seconds, so I thought a few pictures might be better than posting the video. 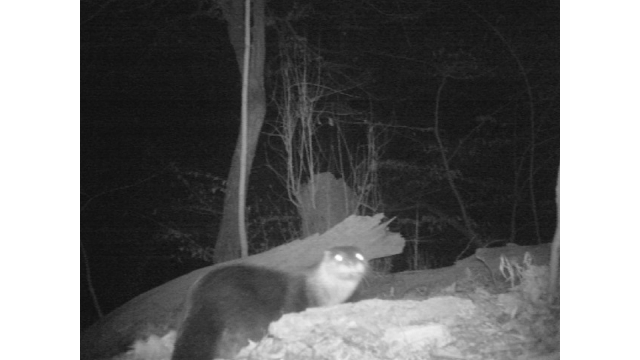 It took some hard work and patience to do this set correctly and it really paid off.  Hopefully I'll be able to keep my camera there in the spring when this resident otter couple might have some young.

As for now, I moved the camera a bit higher so that rising water levels don't have the chance to interfere with it.  Hopefully in a few weeks, I'll have even more pictures of otters to share with a slightly different view at the same site.