Once in a while, while camera-trapping, working, or walking, I'll stumble across the remains of an animal that has been long dead.

Usually it is deer that I find.  This one is an interesting of example that harbors so many questions to me. 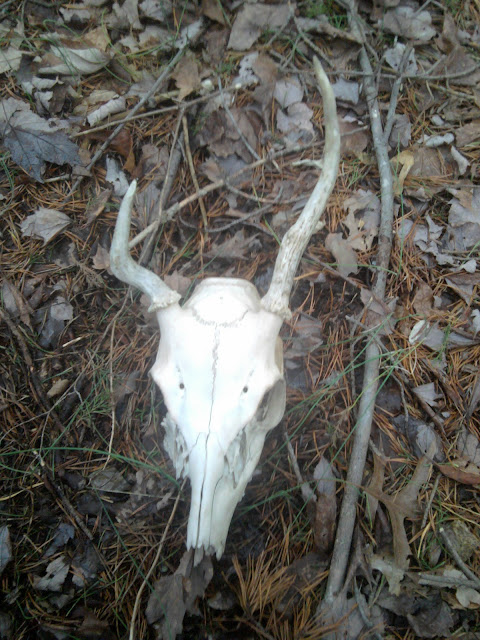 First and foremost, how did this young buck die? Of course it could have been natural causes, but could it have been mortally wounded in a fight with another buck?  Was it the prey of another species of animal?  Did it get shot by a poacher who couldn't track the deer after shooting it?  Or, did it spend its last moments of life in a street as cars were speeding by, waiting for a chance to get to the other side?

Another question I am asking myself is, "how did the antlers form this way?" 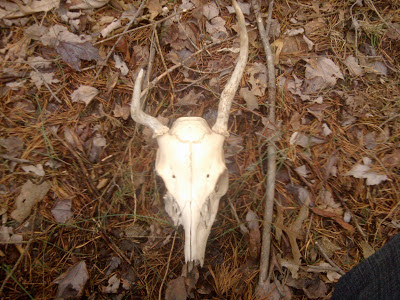 Without DNA testing and other genetic tests, it is hard to tell what exactly caused the differentiation of the shape and size of the antlers.

Genetics is only one explanation of this anomaly though.  The young buck could have had other testosterone deficiencies that are not genetically related.  It could have also broken part of the shorter antler during the earliest periods of its growth, such as in a fight with another buck.  Maybe it tripped and fell as a fawn, making its antler indent a certain way.  It could have some kind of disease contracted from other deer, the environment, or even a genetic disease.

There are so many explanations to as why deer antlers may grow this way.  Just looking at the skull and antlers from all directions is an extremely difficult way to tell what caused this in the antlers.

One thing is sure though.  If this buck did have a genetic disease or problem, it is dead now.  Since it is dead, it can no longer pass these genes to potential offspring.

Nature continues to take its course in northern Virginia.
Posted by Unknown at 12:21 PM